Fusion of art and history in the Upper Peninsula

Stephanie McGehee August 24, 2022 Lake City Arts And Culture Comments Off on Fusion of art and history in the Upper Peninsula 5 Views 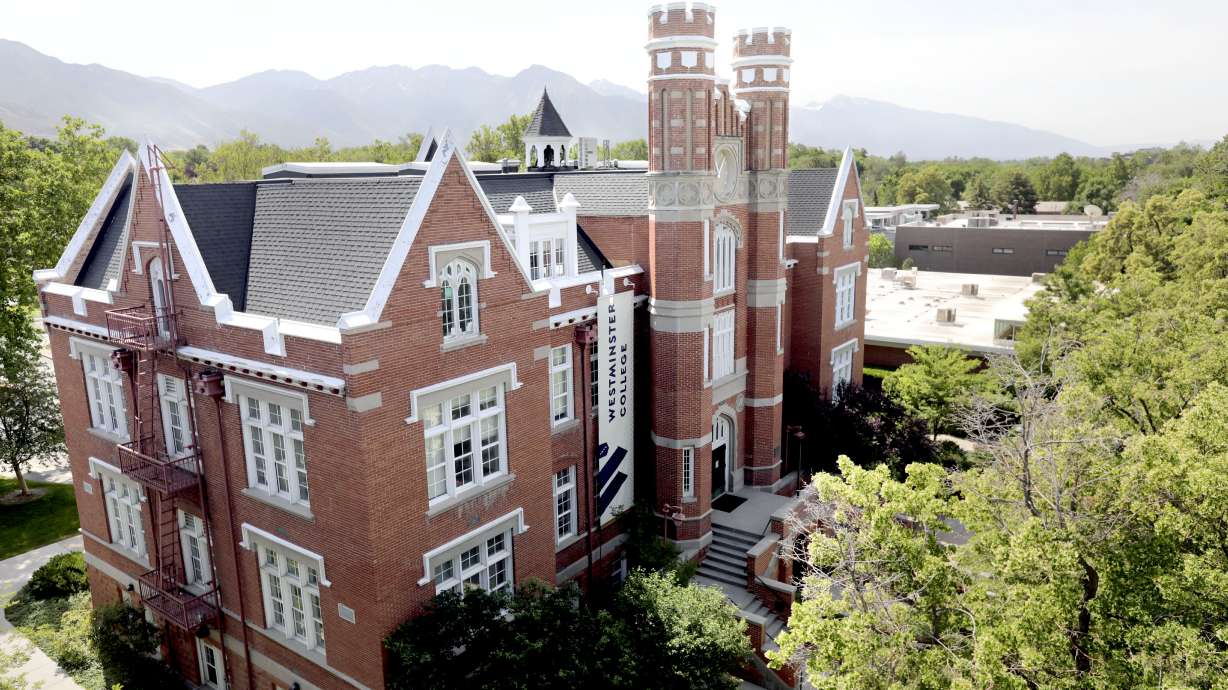 Early mining prospects established operations in the western Upper Peninsula along the Montreal River, which formed the Wisconsin border, in the early 1870’s. Within a decade, Ironwood – later to become Gogebic County – was incorporated and welcomed residents from across the United States as well as European countries such as England, Finland, Germany, Italy, Poland and Sweden. It was this growing global community that created the colorful culture that is still celebrated and evolving today.

“Historically, Ironwood has always been a strong music and arts community, as the many immigrant groups that made up the early ‘Boom’ years developed and nurtured their own traditions and collaborated to form new performing organizations,” says Michael Meyer, director of the Chamber of Commerce Ironwood. 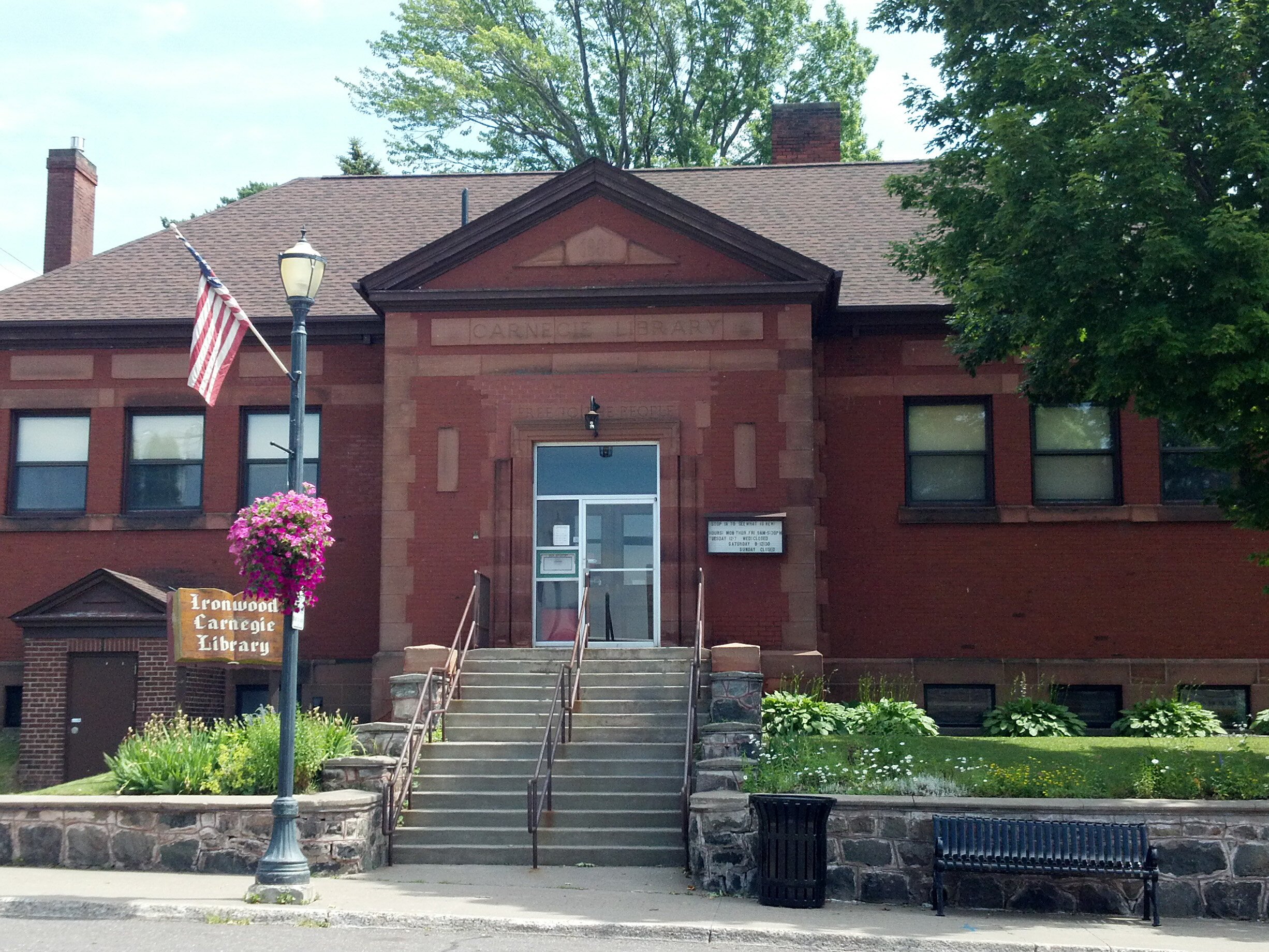 One of the first cultural sites was the Ironwood Public Library, founded in 1892 and housed in City Hall. A few years later, philanthropist Andrew Carnegie pledged the city $17,000 to build a new facility, and in January 1902 Michigan’s first Carnegie Library opened. The building, which still stands proudly at 235 E. Aurora St., remains an anchor of the community and contains the original chairs, tables, and lending desk as a historical tribute to its 120-year history.

The 1920s were artistically important for Ironwood, beginning with construction of the two-story neoclassical memorial building, completed in 1923. This National Historic Site features a 1,500-seat auditorium, 47 stained glass windows (including a number of World War I depictions of the Battle of Argonne), a mural of local iron mines funded by the Works Progress Administration (WPA), a statue, among others a World War I doughboy and bronze plaques with the names of local men who served during the Civil War, Spanish-American War and World War I.

The Ironwood Theater held its “Grand Gala Opening” on June 30, 1928. Built as an “institution of entertainment” and “an enduring symbol of confidence in the future of Ironwood” (according to newspaper advertisements of the time), the recently restored venue remains the jewel of the Downtown. Up to 60 events take place throughout the year at what is now the Historic Ironwood Theater (HIT).

“Each June we feature our three local dance companies, December and May our local Ironwood band and show choir perform, and we partner with the Downtown Ironwood Development Authority on first Friday events,” said Zona Wick, president of the theater .

This September, HIT will be hosting a new cinema series (as there is no cinema in Ironwood) and launching its Arts Midwest WorldFolk Festival, bringing national and international acts to the community. 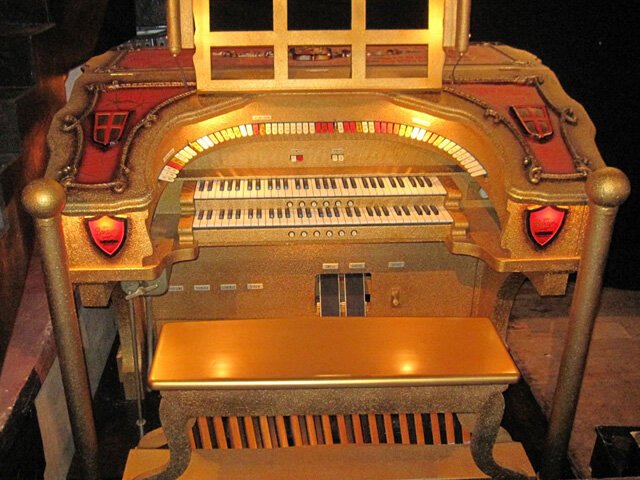 “We are so fortunate to have our 1928 Barton organ in its original installation and a young man here in Ironwood is writing original scores for silent films. In October he will receive his Dr. making a Jekyll movie,” says Wick.

Other stage entertainment such as comedians, Broadway plays, local talent and tribute bands are in the works. The theater’s grant team has also worked on funding to host a week-long Finnish Kantele music festival in September 2023.

Ironwood’s newest cultural offerings include the Emberlight Festival, a branch of Theater North – one of the oldest continuously operating theaters in the United States, established in 1964.

Like a growing body of inspirational ideas, Emberlight came to fruition at the height of the pandemic. In September 2019, Bessemer-born Miles Mykkanen – the son of two high school band directors, a child performer (theatre, piano and dance), alumnus of Interlochen Arts Academy, Julliard School graduate and winner of the Metropolitan Opera National Council 2019 Auditions – joined Approached the Board of Directors of Theater North with a great idea. He envisioned a series of cultural events that would not only highlight the best local talent, but also bring national and international artists to the city while complementing what is already on offer in the region. 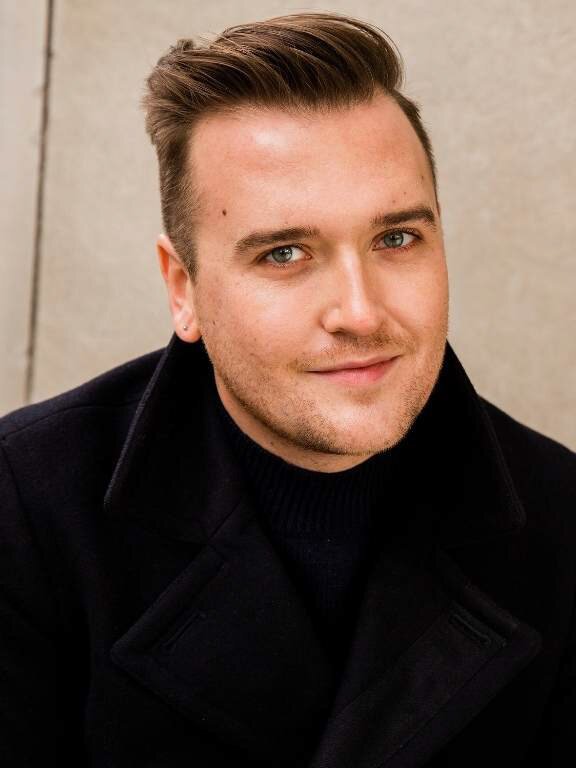 “The Upper Peninsula has always celebrated a vibrant culture inspired by nations around the world – Sisu and Cudighis are part of our vernacular, and many people in our community carry their heritage with honor,” says Mykkanen, who is of Finnish descent himself is (on paternal). “We also have a deep and important heritage with our indigenous ancestors. The Emberlight Festival neighbors three indigenous tribes: Lac Vieux Desert, Bad River and Lac du Flambeau. We pride ourselves on finding opportunities throughout our program to highlight the full heritage of the Upper Peninsula.”

This year’s two-month Emberlight Festival, which runs through August 27th, features over 30 unique world-class events at various locations around Ironwood. August features Poetry in the Park, Heritage Flags, Mary Burns and the Ancestral Women Performers, and the 67th Annual Range Art Association Show at the Memorial Building (hosted by an organization founded in 1954 to bring together creative artists from northern Wisconsin and Michigan to serve West). HIGH).

The 2022 Emberlight International Film Festival (20-26 August) is a highlight of the summer. This year’s event features nine screenings selected from over 770 entries from six continents and 78 countries, with filmmakers from Nigeria, Italy and Mexico traveling to Ironwood for the celebrations. Featured films include laughter counts, memory track, animation and personally documents.

Since its inception, Emberlight has grown into an independent non-profit organization with downtown offices, a bustling merchandise store, and artist deals from around the world. And according to Mykkanen, they’re just getting started as plans for 2023 (and beyond) are in full swing.

While the Emberlight board focuses on the development of original and commissioned works, they are also building a roster of artists in classical music, opera, film, art, theatre, dance and writing to ensure the entire summer program for locals and visitors alike to improve.

“Arts (visual, musical, performance) are a growing economic force in this community and an attractive element to encourage relocation,” notes Meyer. “The higher the quality of the art offerings, the more appealing they are to the people who travel to Ironwood to experience them.”

And they travel. Mykkanen reports that last summer’s Emberlight Festival drew visitors from across Michigan, Wisconsin and Minnesota, along with people who traveled from New York, Arizona, Montana, Texas and California to see the various shows and performances.

“We’re still looking for the best ways to attract and grow our audience, but hope that with Emberlight’s national exposure we can help our local economy by attracting tourists and viewers,” says Mykkanen. “But the coolest thing that has happened is that when artists leave, they immediately talk about coming back to the UP just to see more waterfalls or Lake Superior sunsets. The upper peninsula is an ideal haven for artists. We want to make the Western Upper Peninsula a destination for audiences and artists alike.”

Emberlight has also revitalized the local arts community, encouraging collaboration and support among the diverse cultural organizations that have contributed to Ironwood’s historical fabric.

“Miles and the Emberlight board bring another layer of cultural enrichment to the UP,” says Wick. “Our community is small and rural, so these national and international events enrich the lives of our residents.”

Mykkanen also recognizes the value of partnerships. While Ironwood may be small in terms of population and geographic footprint, its passion for embracing, enhancing and expanding cultural offerings extends far beyond the city limits.

“The art scene in Ironwood is thriving and huge,” says Mykkanen. “That [community] Organizations have held the torches of creativity in the Western Upper Peninsula for decades, and Emberlight simply would not be possible without the generations of people who have ensured that the arts have been kept alive in our community.”

Dianna Stampfler has been writing professionally since graduating from high school. She is President of Promote Michigan and author of Michigan’s Haunted Lighthouses and Death & Lighthouses on the Great Lakes, both from The History Press.